CMBC was established in May 2001 to promote a holistic, interdisciplinary approach in the education of future leaders in marine biodiversity and conservation and in research to find better ways to effectively interface between the natural and social sciences. 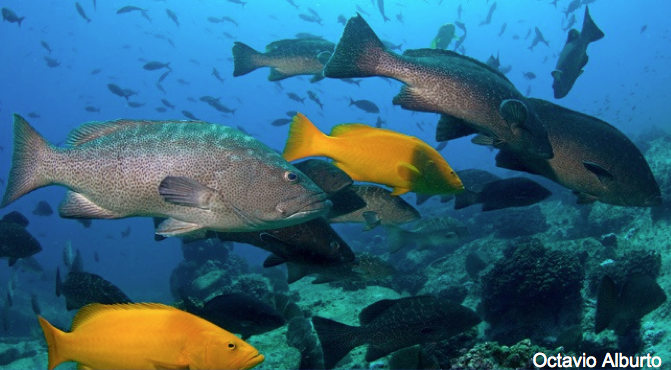 Leadership
Our thanks to founding Director Dr. Nancy Knowlton (2001 – 2007) and Dr. Jeremy Jackson (2007 – 2011) for their visionary leadership. Dr. Lisa Levin was appointed Director in July 2011 and served through June 2017.  Dr. Levin was the first to hold the Oliver Chair in Marine Biodiversity and Conservation. Dr. Stuart Sandin is the current director appointed in July 2017 and currently holds the Oliver Chair .

* Sponsored the Climate Science for Informed Policy website to inform international delegates on the importance of the oceans in climate negotiations.

Research success
* 20 years of Cabo Pulmo science: Twenty years ago, the reefs at Cabo Pulmo were heavily degraded. Community foresight and hard work turned this small village into a nationa park and conservation success story. Total fish biomass inside the reserve has increased more than 400% from pre-reserve levels and now resembles some of the world’s most pristine ecosystems.Download the report: 20_yrs_Cabo_Pulmo_GCMP_eng

*CMBC research cited in California Shark Fin Ban
Research by CMBC associated faculty and students was cited as an important source for deliberations (and ultimate voting support) for the bill to ban the trade of shark fins.