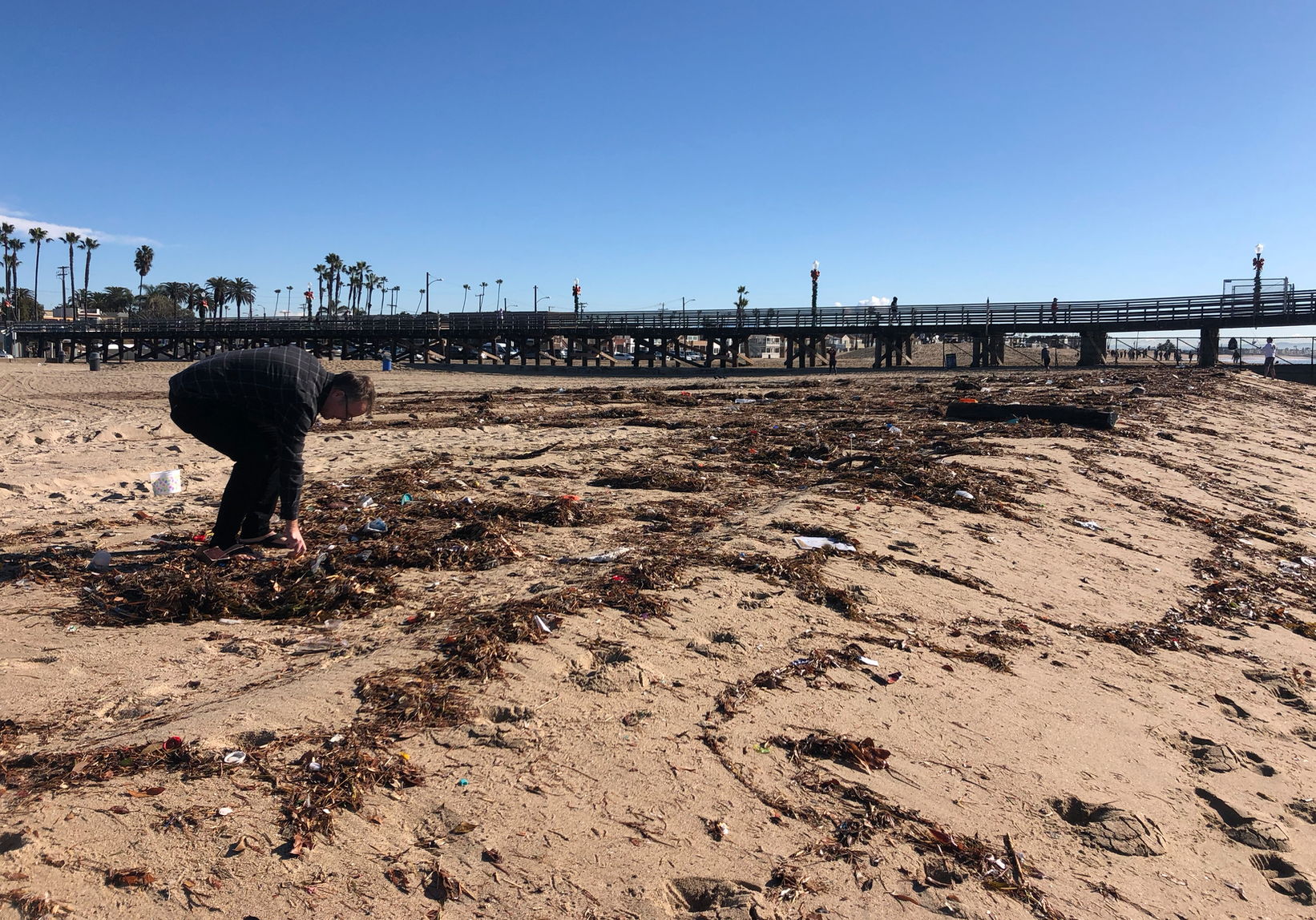 Plastic trash and other debris covers Seal Beach after a winter storm. Much of the trash was washed down the San Gabriel River that borders Seal Beach. Photo courtesy Holly Rindge.

Understanding Human Behavior As a Tool for Fighting Plastic Pollution

But there is a science to changing other people’s behavior, especially when it comes to environmental initiatives. As moderator of the Challenge’s fifth short course, Dr. Gneezy delivered a fascinating introduction to behavioral science walking Challenge participants through absolutely critical truths about human psychology which must be understood to employ an effective behavioral science solution to an environmental problem.

Dr. Gneezy encouraged participants to always dig deeper when analyzing human behavior. We make assumptions about others’ behavior that will mislead us when doing behavioral research. “You need to be careful about assumptions about how other people think. You need to understand that group of people really well, and you have to do your research on your assumptions,” said Dr. Gneezy.

In addition to needing to illicit a visceral response in a person to get your desired behavior, such as recycling a piece of plastic, Dr. Gneezy outlined more common obstacles to rational human behavior. A few of those include the fact that people generally feel small and inconsequential to making any significant change, they do not like to make sacrifices for delayed future benefits, and their old habits die hard. We don’t like to believe these things are true about ourselves, but if we all look deeply, we can see that they are.

Dr. Gneezy brought in the “big guns” to push the participants past their preconceived assumptions about behavior surrounding environmental issues. Panelist Dr. Uri Gneezy, the Epstein/Atkinson Endowed Chair in Behavioral Economics, Professor of Economics and Strategic Management, Rady School of Management, UC San Diego, is a world-expert on incentives for inducing a certain desired behavior: why, when, and how they work...and when they don’t.

Dr. Uri Gneezy also gave Challenge participants an example to show how an incentive can frame the message you are giving the public. For example, imagine the Coca-Cola company increased the price of soda by fifteen cents on hot days. It would feel like an extra tax or surcharge. Another strategy the company could employ is to increase the overall price of soda by 15 cents, but offer a 15 cent discount on colder days. Economically, the company would make the same amount of money, but the perceived story is very different in each example. To a customer, a discount sounds a lot better than a tax. “Incentives can be used to shape the way the story is perceived,” said Dr. Uri Gneezy. Using incentives wisely and framing the right story will be critical for the Challenge participants to consider when thinking of ways to change human behavior toward plastic waste.

Panelist Dr. Elizabeth Keenan, an Assistant Professor of Business Administration in the Marketing Unit of Harvard Business School, researches factors that drive or inhibit environmentally-friendly behavior. Dr. Keenan gave examples of a more subtle tool to influence people’s behavior: a nudge. “A nudge gently steers choosers toward or away from a certain choice,” said Dr. Keenan. Examples include auto-enrollment in a retirement plan or auto payments on credit cards.

Dr. Keenan took participants through a few examples, including nudging people to use dual flush toilets correctly, to take the stairs versus the escalator, and to separate their recycling into various bins. Like Dr. Ayelet Gneezy pointed out, people’s intuition is much stronger than their reason. Therefore, designing choices and nudges that appeal to people’s intuition and gut reactions is important when considering behavior around environmental challenges.

Perhaps one of the best examples of a “nudge” given by Dr. Keenan was a solution that a bathroom custodian discovered for the issue of urine-splatter around urinals in men’s restrooms in the Amsterdam airport. Other officials and marketing experts had tried nudges of all manners: signage asking for courtesy; creative signage hoping to be entertaining, and pictures of the right and wrong behavior. All efforts to nudge men toward rational, respectful, conscious behavior were unsuccessful. Finally, a custodian put a small sticker resembling a fly on the bottom of the urinal, and there was an 80% reduction in “misses” in the Amsterdam airport men’s restrooms. Just turning urination into an aiming-game was enough of a nudge.

“Nudges are not magic bullets,” Dr. Keenan warned, though. She also gave participants a series of golden rules to keep in mind as they begin to focus on a behavior they wanted to change surrounding plastic pollution. Challenge participant, Matthew Noto, Marine Debris Program Coordinator, Florida Department of Environmental Protection, asked Dr. Keenan, “What actions do you take to understand peoples’ values, perspectives, and mindsets before understanding and developing the effective strategies to nudge them?” Dr. Keenan offered a simple start: “talk to them, and don’t make assumptions.”

Dr. Ayelet Gneezy emphasized this idea of really getting to understand the people whose behavior you would like to change. “Run pilot projects in the field. You have to see what happens. In almost all field experiments, you find out something you did not think about before,” she said.

Dr. Ayelet Gneezy reminded participants of why they are doing these short courses each week for the first 6 weeks of the Challenge. “These courses are merely teasers,” she explained. She acknowledged that participants were eager to start working directly on the plastic pollution problem, but she emphasized the critical importance for participants to gain a better understanding of the bigger picture and the tools available before delving deep. “It is important for you to understand the basics of each concept or tool before applying it. Begin exploring how they can complement each other,” she advised wisely.

Especially in the world of plastic pollution, behavior change campaigns have not put a dent in the 11 million metric tons of plastic leaked into the world’s oceans annually.1 “For a variety of reasons, the status-quo is extremely powerful, even when we know it is against our best interest,” said Dr. Ayelet Gneezy. The Challenge team focused on changing human behavior in respect to plastic pollution has their work cut out for them. But armed with a better understanding of how to use persuasion, incentives, and nudges, perhaps they will find a winning campaign. 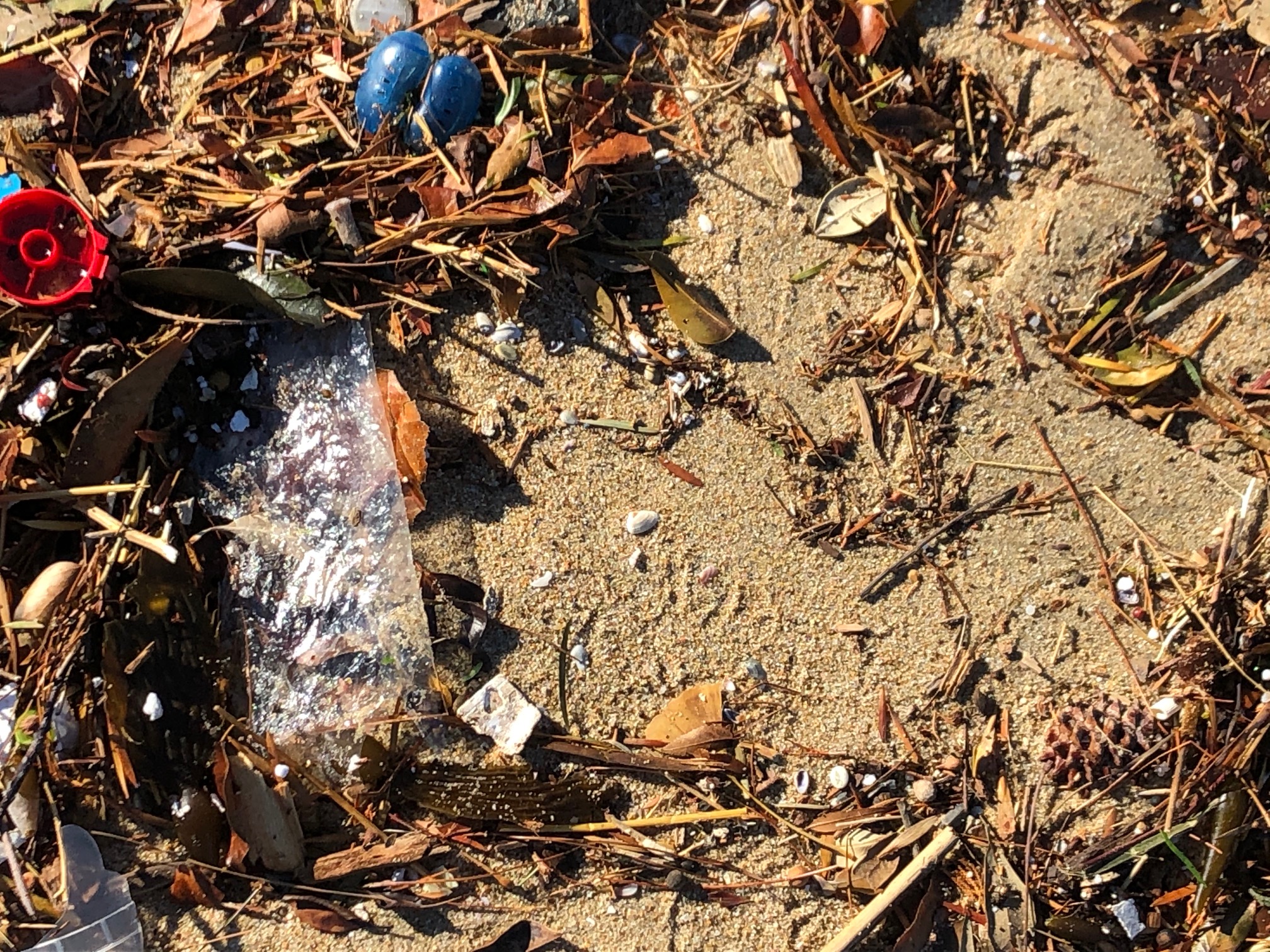 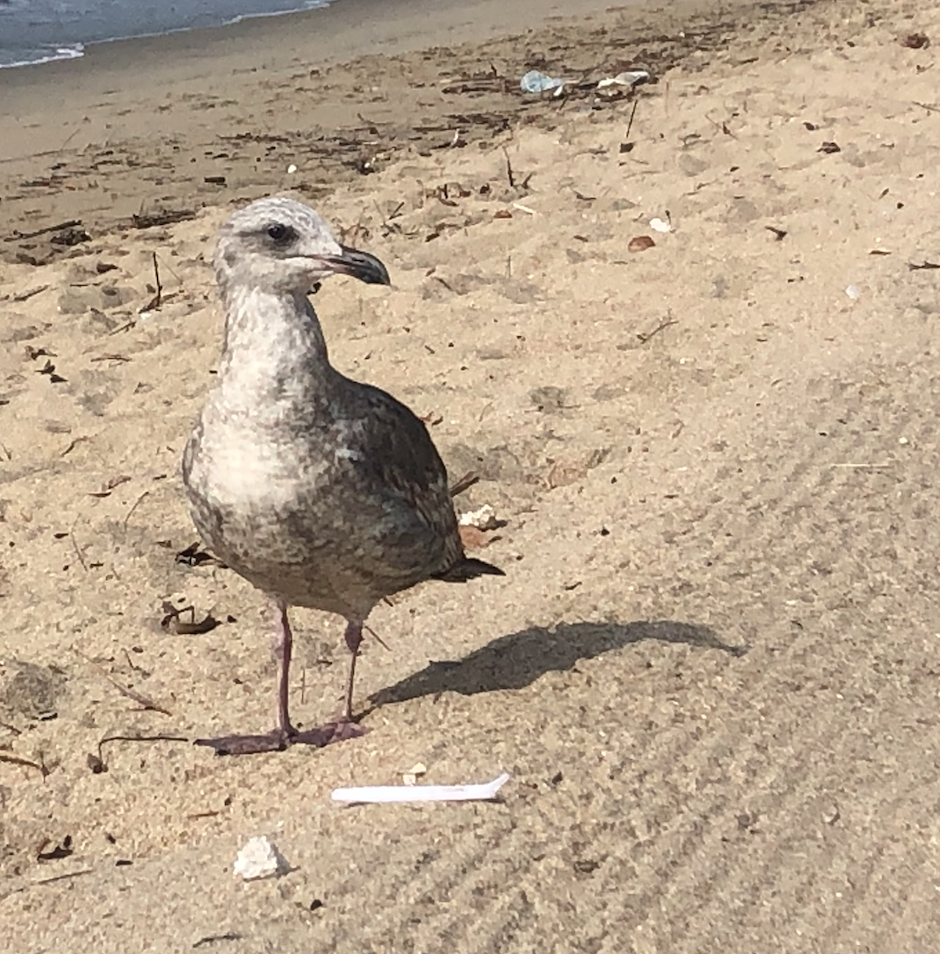 This seagull picked up this small piece of styrofoam, next to part of a plastic utensil, to see if it was edible in Seal Beach, Calif.
We use cookies on our website to give you the most relevant experience by remembering your preferences and repeat visits. By clicking “Accept All”, you consent to the use of ALL the cookies. However, you may visit "Cookie Settings" to provide a controlled consent.
Cookie SettingsAccept All
Manage consent