Coral reefs provide about half a billion people around the world with food, coastal protection, building materials, and/or income (1). Thirty million of those people live on atolls and are nearly entirely dependent on the ecosystem services provided by coral reefs for their livelihood (1).

Despite their great importance, coral cover has declined in recent decades primarily due to a combination of increasing global seawater temperatures and local overfishing, pollution, and land use changes (2,3). Corals are the dominant reef builders making these losses in coral cover particularly alarming for the people depending on coral reef ecosystem services. A recent study (4) led by Jennifer Smith at the Scripps Institution of Oceanography and published in the scientific journal Proceedings of the Royal Society B supports these alarming concerns with the finding that human impacts on coral reefs across the tropical Pacific Ocean may be negatively impacting the very ecosystem services we depend on. 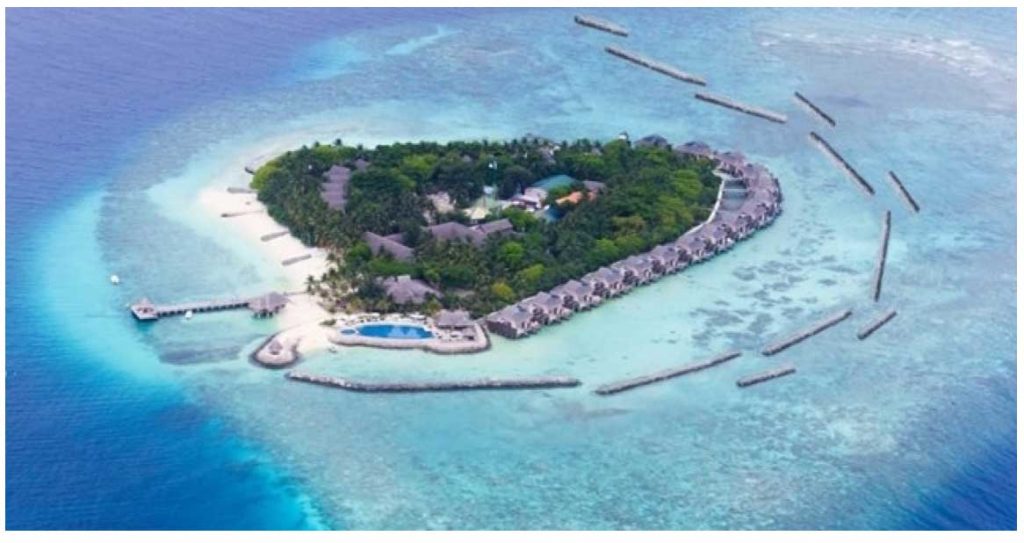 An example of an inhabited island surrounded by a coral reef (5).

The team of researchers explored local human impacts on coral reefs by comparing coral reefs at 450 sites from 56 islands spanning 50° of latitude over the last 10 years. They looked at both inhabited islands and remote uninhabited islands to test whether coral reefs around islands with human populations were different from coral reefs surrounding uninhabited islands. The scuba diving researchers took over 6500 photos of the coral reef seafloor and analyzed them using computer software to determine the total proportion of corals and different types of algae at every reef location. By looking at the abundances of the different reef building corals and algae relative to the non-reef building algae species, they could test whether humans were potentially changing the abilities of coral reefs to not only grow, but also recover from disturbances like elevated temperature stress and storm activity too.

The researchers recorded 37% fewer reef-building corals and 40% fewer calcifying algae on inhabited island reefs compared to uninhabited island reefs. This striking difference in reef- building species led the researchers to conclude that human populations are likely decreasing the capacity of coral reefs to grow. Because coral reefs have many organisms living on the seafloor, the researchers underscore the importance of additionally monitoring other coral reef organisms to better understand how interactions might affect coral reef responses to future change. Among these other organisms, turf algae and calcifying algae help paint a better picture of what reefs might look like in the future. Turf algae prevent new corals from settling onto the reef and directly compete against older established corals by forming turf-like mats on the reef bottom.On the other hand, calcifying coralline algae cement the hard-structure of the reef together and help new corals settle onto the reef. 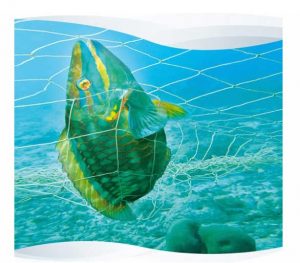 Reducing fishing pressure of herbivorous fishes such as the above parrotfish may help promote coral reef health(6).

What local-scale impacts are causing these changes in coral reef communities on inhabited islands? The researchers suggest that fishing of algae-eating fishes might be causing increases in turf algae on reef environments, but what role do nutrients and other local effects have on coral reef communities? Understanding these questions may help us develop effective policies to increase the overall capacity of coral reefs to continue growing and providing the ecosystem services that so many people depend on.

At the local level, reducing local fishing pressure may help sustain fish populations that eat turf algae to recruit new corals on reefs near human populations. Meanwhile, globally decreasing greenhouse gas emissions will lessen the rise of ocean temperatures that otherwise threaten coral health. If we can change the way we interact with coral reefs and our planet, perhaps we can in turn help to support the very ecosystem services we depend on.

The study by Jennifer Smith and colleagues can be found here: