Mangroves are marine trees that form coastal wetlands known as mangrove forests and can be found around the world in tropical and sub-tropical climates. Mangroves have evolved to survive in coastal wetland environments where the salt and oxygen poor soil makes it impossible for other plants to live. Mangroves thrive in these conditions and are able to engineer ecosystems and provide food to numerous marine and terrestrial species.  Mangroves also provide human society with ecosystem services which are valued at US $1.9 billion world-wide annually. Mexico is one of the countries with the most mangroves in the world, but it is also undergoing some of the most rapid loss and destruction of its mangrove forests. 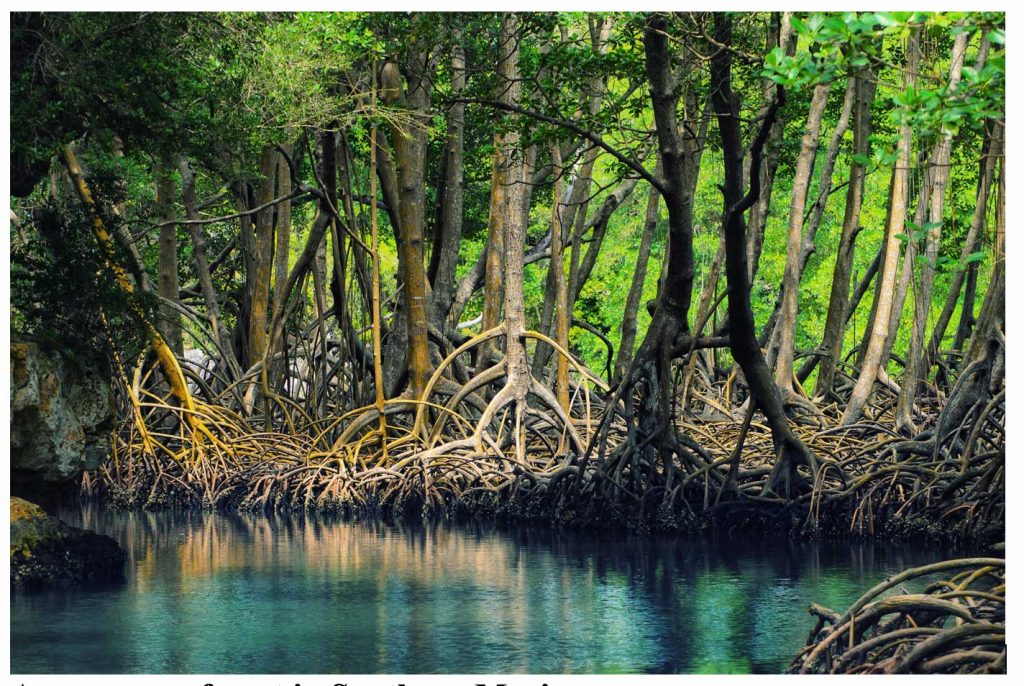 A mangrove forest in Mexico 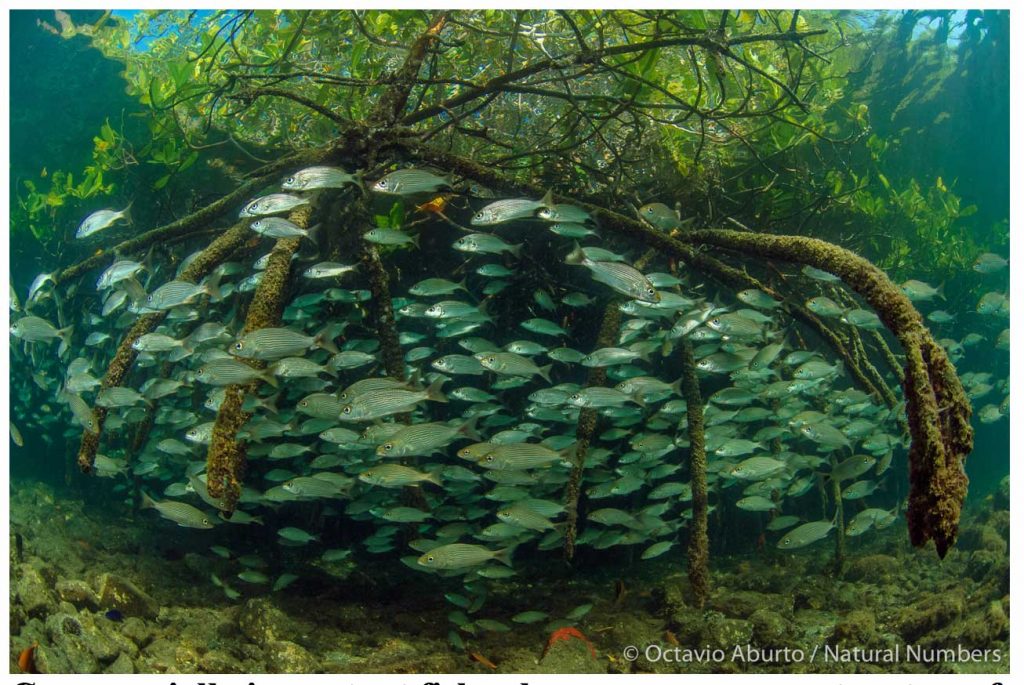 A major ecosystem service provided by these mangrove forests is the habitat they build for many commercially important species including fish and crabs, who live in the complex root network of mangrove forests. A study on the economic importance of mangroves for fisheries in the Gulf of California was conducted by researchers at Scripps Institution of Oceanography. They found that fishery yield landings, or catches, are positively correlated to the local abundance of mangroves. The Fishing communities in the Gulf of California rely on these mangrove-related species for their livelihood and food production. According to researchers the ecosystem service mangroves provide to fisheries not only benefits local communities, but makes a significant contribution to Mexico’s developing economy and should not be overlooked.  The authors also warn that in 30 years the destruction of one hectare of mangrove fringe would cost local economies approximately US $605,290 when you take into account what they provide in terms of monetary value to fisheries.

Mexico’s mangrove coverage is diminishing due to deforestation, affecting coastal communities and the Mexican economy. The reasons why mangroves are being destroyed include logging, agriculture, and megatourism. At the current rate of deforestation in Mexico, Mexico may lose up to half of its mangroves in 50 years. Mangrove forests cannot just regrow quickly. It will take time for mangroves to reach their full potential as ecosystem service providers. The reality of the loss of Mexico’s mangroves is devastating for the Mexican economy, coastal communities, and individuals. The loss of mangrove ecosystems from deforestation has been described as irreversible to fisheries. Ecosystem-based management needs to take into account that fisheries rely on mangroves, and therefore food production and economic gain in Mexico. Mexico is a developing country, but the destruction of mangrove forest in favor of costal construction, is economically unfavorable and has irreversible consequences for fisheries.

Mangrove forests provide invaluable ecosystem service that benefit fishermen, coastal communities, and the nation’s economy. However, these ecosystem services are threatened and diminishing due to deforestation. While there have been actions taken towards replanting lost or destroyed mangrove forests, it is expensive and it will take decades before they become mature forests. “We can plant mangrove seedlings but we can’t bring back all the biodiversity and ecosystem complexity, and seldom can we bring back all the ecosystem services that they provide,” said Enric Sala, a researcher at Scripps Institute of Oceanography. It is important to take action now to protect and conserve mangrove forests in Mexico from deforestation.