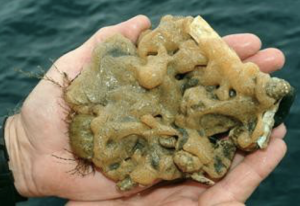 It’s easy to see why this sea squirt is called “Marine Vomit” (Columbia.edu)

Ithaca, NEW YORK – What is slimy, squishy, less than an inch long, and grows by forming a carpet of individuals on the sea floor off New England? It’s an invasive sea squirt — called “Marine Vomit”, of course. And one species in particular has taken over 140 square miles of sea floor on Georges Bank, an important scallop fishery for all of New England.

What in the world is a sea squirt?

Sea squirts, also known as tunicates, are sac-like filter-feeding animals that attach themselves to the sea floor or any hard surface. Tunicates are colonial organisms, growing in clusters that can expand to form large mats, covering the bottom 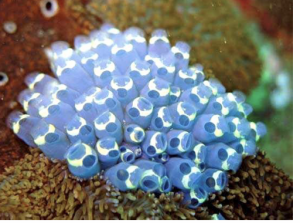 Tunicates come in all colors (britannica.com)

A group of scientists lead by Katherine Kaplan and Patrick Sullivan at Cornell University’s Department of Natural Resources have recently published two papers which have studied the invasion and spread of “marine vomit”, also known as the carpet sea squirt (Didemnum vexillum) throughout Georges Bank, an area important for supporting the lucrative scallop fishery. What they’ve found so far may dishearten local fishermen whose livelihoods depend on the Georges Bank.

What makes it invasive?

You may have heard the term “invasive” before, but what does that mean for an ecosystem? Scientists use the word invasive to describe a species that is living in an area outside its native range, and in many cases, may be found overgrowing or out-competing the native species. Many invasive species were brought to new regions by humans, both intentionally and  unintentionally. Invasive species have been known to wreak havoc on native ecosystems, and in case of the carpet sea squirt, Kaplan’s team has discovered it has altered animal community structure and created an additional headache for humans by growing on boat hulls and aquaculture equipment.

Where did it come from?

Researchers believe the carpet sea squirt is native to Japanese waters, and most likely came to the Atlantic on boats or on the shells of oysters brought to the Gulf of Maine for aquaculture. This species has been transported to many coastlines and has become a nuisance around the world.

The invading sea squirt was first observed at Georges Bank in 2000, and now covers an estimated 140 square miles of sea floor. Georges Bank is a large elevated portion of the seafloor, spanning an area larger than the state of Massachusetts. For over 400 years, Georges Bank supported one of the most productive fisheries for Atlantic cod and halibut, but as new bottom trawling methods were employed, these fishes were quickly wiped out, along with deep water corals and sponges that created habitat structure for other species. Now, portions of Georges Bank are federally protected and closed to fishing, but fish stocks have not recovered and the only viable fishery is for the Atlantic sea scallop (Placopecten magellanicus). Kaplan, on the hunt for the invaders, wanted to analyze a region that encompassed both closed and open areas on the bank, to understand the effect of bottom fishing on the scallops and the invasive tunicates. 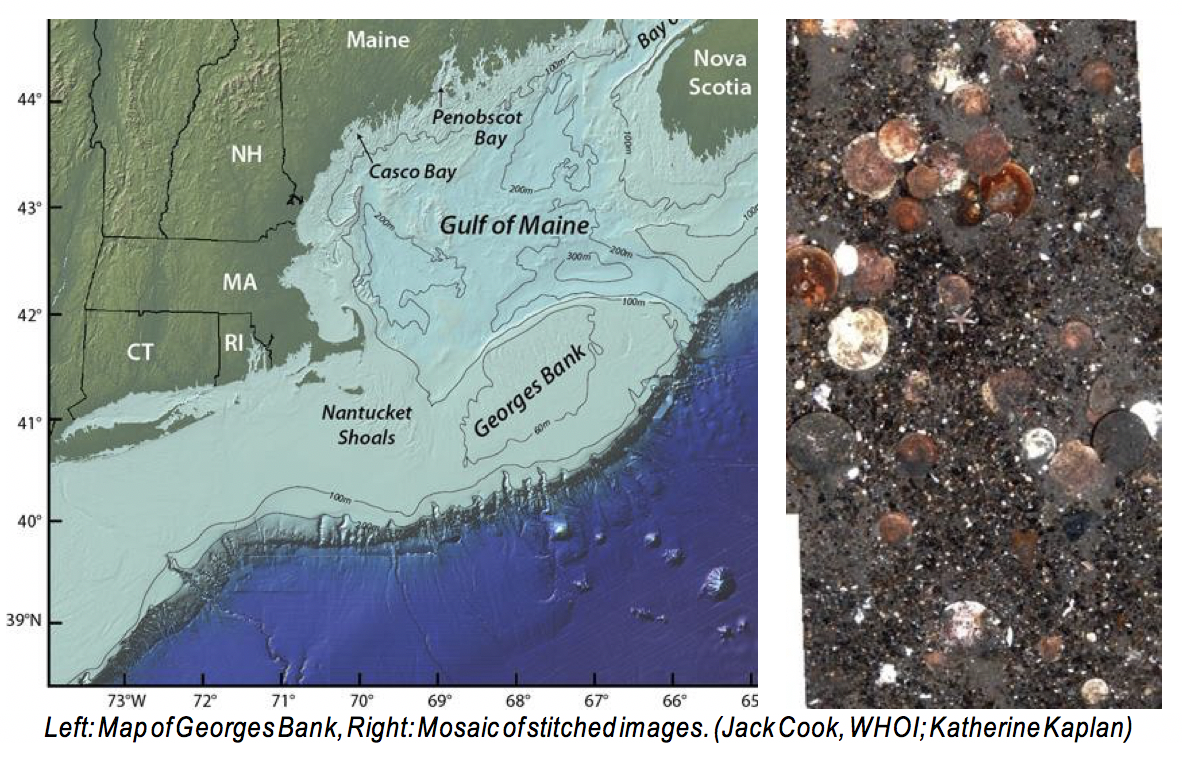 With the invasive tunicate covering the bottom, juvenile sea scallops can no longer attach to the sea floor, and those that find a clear patch are often quickly covered by the invader, which smother the scallops and weigh them down, preventing their escape from predators (yes, scallops can swim) and inhibit their feeding. Kaplan’s team also found that areas open to fishing had lower densities of sea scallops.

Kaplan wanted to find if the presence of the carpet sea squirt altered the community structure and abundance of other organisms on the bank. She found the invader’s presence was negatively correlated with the Atlantic scallop, barnacles, sea urchins, and a tube anemone.

However, the invader encouraged an increased abundance of crabs, burrowing worms, and sea stars. Overall, Kaplan found that the presence of the invader sea squirt reduced biodiversity, and concluded the invader may be even worse for the region than bottom fishing, as in areas where the invader coated the sea floor, no other species were found. She found this result across the study area, as fishing protection did not make a difference. 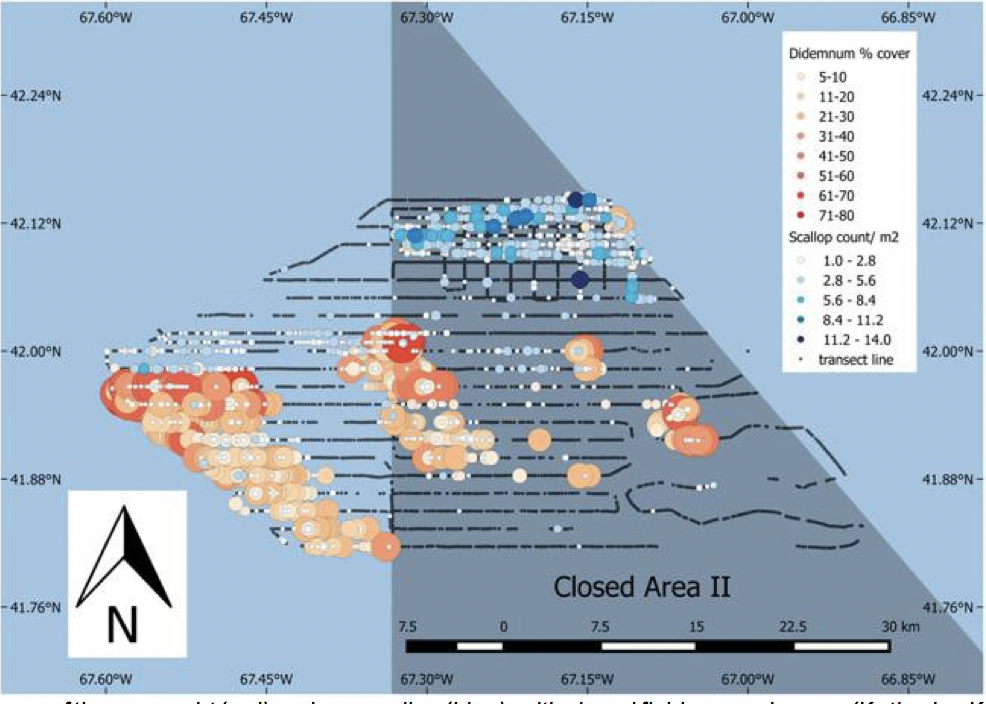 Researchers and fishermen alike are concerned for the Atlantic scallop fishery. Dockside values of North Atlantic fisheries are estimated at $800 million, with much of the production coming from the Georges Bank region. Not only does the carpet sea squirt reproduce and grow rapidly, it has no predators and continues to spread in the North Atlantic. New Zealand has had limited success trying to eradicate their own invasive population, and while covering the sea floor with various tarps or other methods may inhibit the invader, it also negatively impacts the native organisms. It seems the best approach is to educate those who might accidentally transport it elsewhere, to prevent its spread to other regions. Researchers like Kaplan and Sullivan will continue to track the presence of invaders, and hopefully international effort will help prevent the spread of other invasive species around the globe.